The film is accessable for online screening for distributors and festival programmers.
Please send a message for further information. 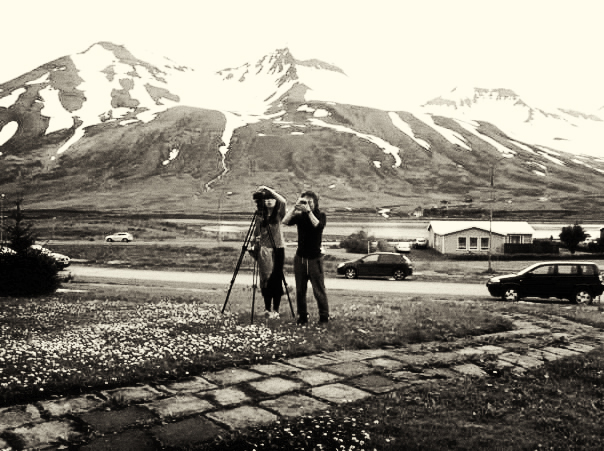 How to document or capture the particular ‘tone’ of homegrown inhabitants living in their everyday surroundings? And how to get each of them to express their own character with such an authenticity, that their portraits might even reveal something that they didn’t knew about themselves?

This choreographic documentary shows a series of ‘Interrelational Field Recordings’ from Siglufjörður on the Northern coast of Iceland. Through an artless concept of repetitions and bodily gestures an anthropological portrait of the inhabitants in small fishing village gradually emerges. Each of them is articulating their own person, not in the dimension of lingual communication, but simply through the similarities and differences that only the viewer is able to comprehend.

POEPLE. MOVES. PLACES. has been awarded with The Memefest Recognition for socially responsive Art at the Slovenian/Australian Memefest Festival 2014 ‘Radical Intimacies: Dialogue in our Times’.

A curator from the jury, Alana Hunt, writes:

»There are just so many things I love about this film. The composition. The rhythm. The intimacy. And the power of its simplicity. I left your film feeling as though I understood something in these people, I don’t normally understand in many of the people I am surrounded by each day. It felt like I had been part of a something intimate and honest[…] Your film achieved a kind of filmic dialogue, in which I felt something quite intimate with those involved – despite never having a word uttered nor being in their physical proximity. That is almost, magic.«

PEOPLE. MOVES. PLACES. was also in Jury Selection for The 19th Japan Media Art Festival and did receive a ‘Lifted Award’ at The Quarantine Film Festival 2015 in Varna, Bulgaria.
This film has furthermore been selected to be kept in Vidéothèque P’Silo, Videorome 2, 49 Cours Julien, 13006 Marseille (available from February 2016).

Funded and supported by